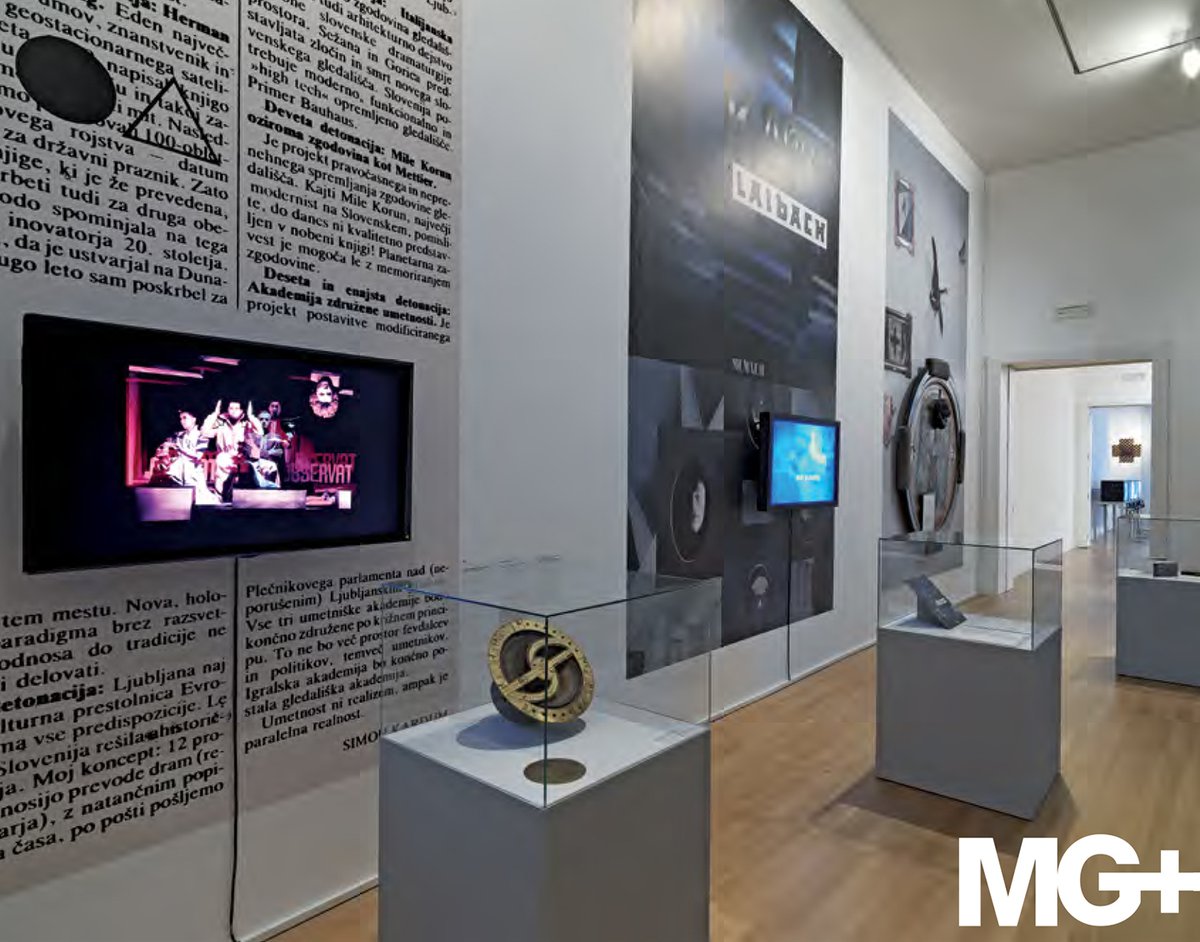 The conference will be in English. Admission is free, but previous registration is required.

The conference NSK from Kapital to Capital will try to shed light on the legacy and present-day significance of the NSK collective through a series of talks and panel discussions, organised around the following topics: From Kapital to Capital, NSK and the Legacy of Historical Avant-gardes, What Was the Alternative – the Relationship between NSK and the Alternative Culture of the 1980s, Art History and Institutional Critique in the Light of Geopolitical Relations, NSK Subjects.

– From Kapital to Capital

– NSK and the legacy of historical avant-gardes

– Art history and institutional critique in the light of geopolitical relations

NSK from Kapital to Capital is the first retrospective exhibition of the NSK art collective, with a special focus on the transformational decade of the 1980s. In the final decade of the slowly unravelling Yugoslavia, when only lip service was still being paid to its system of socialist self-management, NSK loudly and clearly proclaimed the emperor naked – from Laibach’s first poster action in Trbovlje in 1980 to the collective’s last coordinated series of projects in the early 1990s, entitled Kapital.

Following closely on the heels of the ultimate failure of Eastern European real socialism (or actually existing socialism, as it was also called) in the late 1980s and early 1990s and the disintegration of Yugoslavia, the projects from the Kapital series (a production by the Cosmokinetic Cabinet Noordung in 1991; a book and an exhibition by Irwin in 1991; and an album by Laibach in 1992) underscored, with a fine sense of ambiguity that avoided irony, what was then still an open-ended question: what was to become of the value system of Marx’s Das Kapital – the book that had changed the course of history and profoundly marked the 20th century – after real socialism had been abandoned? Is there any future for the worldview and the view of history advocated by Das Kapital after the fall of the Berlin Wall? Can a new, more advanced or progressive reading of Das Kapital be expected from a critique of the mistakes and missed opportunities of real socialism? Or has the world, conversely, entered a retro period of history after 1989, giving instead a second chance to rudimentary, unreflective capitalism?

On the basis of the fundamental principles set out by Laibach in the “10 Items of the Covenant” in 1982 (that “all art is subject to political manipulation, except for that which speaks the language of this same manipulation” and then charting the programme for the latter), the NSK groups and departments developed, over the 1980s, a consistent artistic method: a retro approach to making art, based on the denial of individual artistic freedom, originality, and authorship, and advocating the idea of tactical quoting, repetition, and the dictated readymade. This approach seemed consistent with the spirit of the 1980s and their mania for citation, yet the work of the NSK groups countered that at the same time its clearly articulated method, consciously developed terminology, and precisely defined aesthetic and political goals, which put it outside the canonized approaches to historicizing art in the 1980s.

NSK did not aspire to be dissident art. Appropriating the dominant political and art languages of 20th century societies it adopted an apparently affirmative approach. Also not interested in improving the existing social system through critique, it strove for more radical change, which could only be achieved by playing upon people’s consciousness through performative tactical manoeuvres, the retro method, misleading over-identification to achieve de-identification, and through unmasking the economy of pleasure, on which every ideology is based. This exposure of the common underpinnings of different totalitarianisms, including the totalitarian predisposition of late capitalist societies evident even at that time, makes NSK universal, rather than a particularly Eastern European phenomenon, heuristically explainable in terms of the philosophical concept of “event” as framed by Alain Badiou in 1988.

After 1992, Neue Slowenische Kunst reinvented itself as the NSK State in Time, a collective with open membership, accessible to anyone who applies for an NSK passport and becomes a citizen of the NSK State. As the number of NSK citizens increased substantially after 2000, these citizens began organizing independently of the core NSK groups, which eventually resulted in the 1st Congress of NSK Citizens in Berlin in 2010.

The conference NSK from Kapital to Capital – Neue Slowenische Kunst, an Event of the Final Decade of Yugoslavia will try to shed light on the legacy and present-day significance of the NSK collective through a series of talks and panel discussions, organised around the following topics: From Kapital to Capital, NSK and the Legacy of Historical Avant-gardes, What Was the Alternative – the Relationship between NSK and the Alternative Culture of the 1980s, Art History and Institutional Critique in the Light of Geopolitical Relations, NSK Subjects.

The conference is part of the five-year programme The Uses of Art – the Legacy of 1848 and 1989, organised by L’Internationale. It is supported by the Ministry of Culture of the Republic of Slovenia, the European Union Culture Programme and the Foundation for Arts Initiatives. 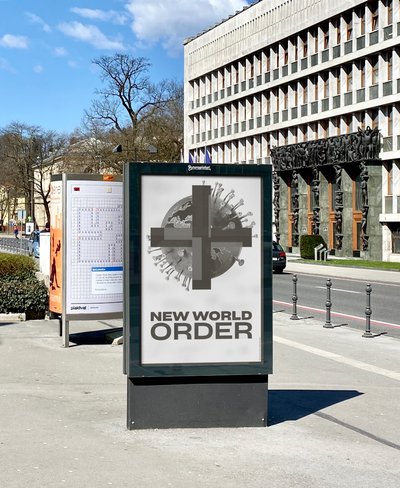 Poster by New Collectivism about the current coronavirus pandemic

New Collectivism designed a poster about the current coronavirus pandemic. The poster was virtually distributed in many cities around the world, including Berlin, Beijing, London, Paris, New York, Ljubljana and Moscow. 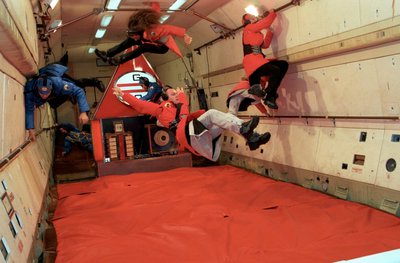