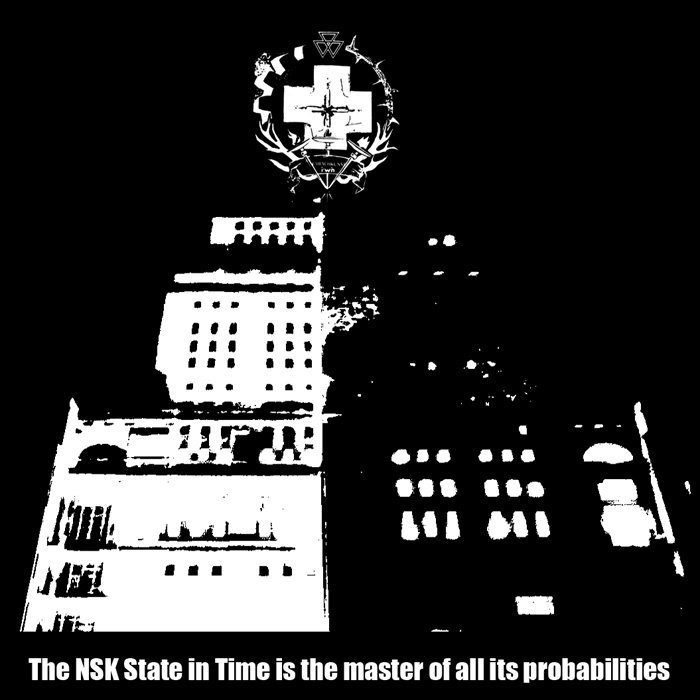 Following the first NSK State Congress that took place in Berlin in October, you are cordially invited to a public report and debate of the congress’ outcomes revolving around three documents produced by the 30 delegates in its duration – FINDINGS, INNOVATIONS, and the renegade ATOMIC DECLARATION OF DEPENDENCE. The future of the NSK State will be discussed in light of the above. The discussion will be followed by a short performance.

Performance: Anat Ben-David & Avi Pitchon performing ‘Twilight of the Barbarians’. originally written for and performed at the Berlin Congress

A visceral documentary focusing on the Slovenian collective art movement known as NSK (‘Neue Slowenische Kunst’) and its varied branches: ‘Laibach’, ‘Irwin’, and ‘Red Pilot’. Also features interpretations by Slavoj Zizek In 1992, following the independence of Slovenia, the artistic collective known as “Neue Slowenische Kunst”, or NSK, founded the “NSK State in Time.” The creation of this virtual non-territorial state was a response to the ambivalent status of the nation state and to supposedly fixed ideas of territory, ethnic group and borders. The initiative was supported by other Slovene artists and theorists and appeared as a utopian concept free of territorial preconditions. The State does not identify itself with other real or actually existing states and has now grown into a collective (art-) work with approximately ten thousand members.

NSK’s art is complex and its creation of new (post)national symbols is easily misinterpreted. Debates around the nation state and patriotism shape the artwork of this distinctive group, which is composed of the uncompromising group Laibach, known primarily for its musical activities plus the innovative fine arts collective IRWIN and various other groups working in different media. 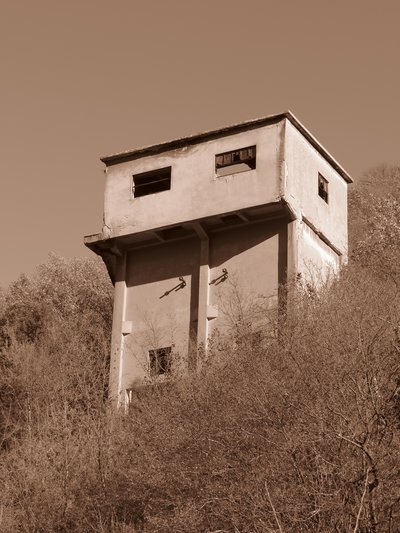 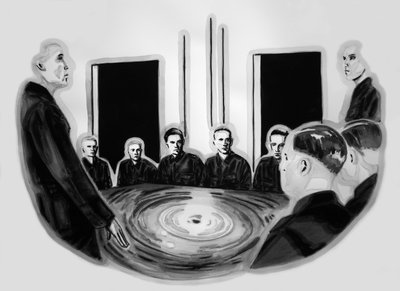 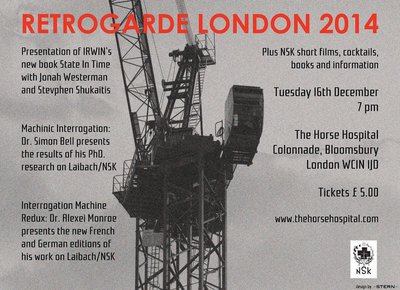 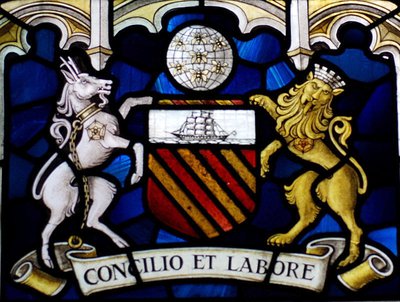 Manchester Metropolitan University, Department of History, Politics and Philosophy (Politics section) present a seminar on the aesthetic and political issues around NSK, accompanied by an exhibition of NSK Folk Art. 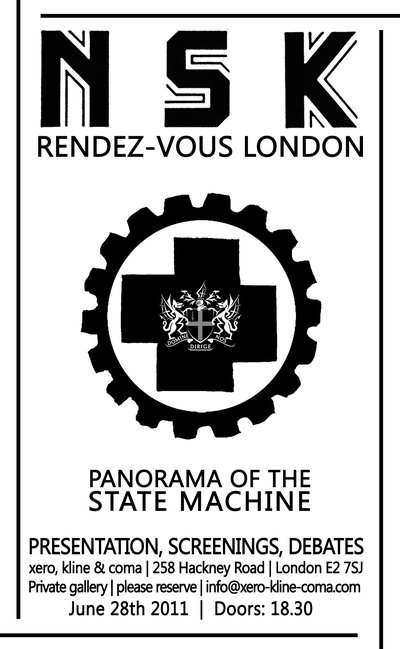 Another installment of NSK Rendez-Vous UK