Radio Študent (Ljubljana, Slovenia) emerged as a direct product of the student movement of 1968; when the first three hours of test programming were broadcast from the student dormitories in Ljubljana on 9 May 1969, no one could have imagined that at the end of the 1980s, Radio Študent would play a key media role in the independence of Slovenia. Today, 44 generations and countless individuals later, the Radio Študent Institute has over 150 regular contributors and is the oldest and largest student, community and independent radio station in Europe and a unique media, cultural, educational and research institution in Slovenia and beyond.

Yet despite its significance and the important role it plays, a systemic solution has yet to be found that would enable it to exist and develop free of the ever-present fear that it will fall hostage to the narrow interests of its various organizational founders and other external factors; in recent times, it has also been in danger of being deprived of the basic funding it requires to broadcast its regularly scheduled programming and carry out its societal mission of satisfying the educational, scientific, artistic and other needs of the student population and other groups.

Due to a drop in revenues from student work and the resulting drastic cuts made by Radio Študent’s founder, the Student Organization of the University of Ljubljana, and furthermore due to the shifting of responsibility and ignorance and irresponsiveness of other competent institutions and stakeholders, a bold question mark hangs over the continued existence of Radio Študent. The question of the continued existence of Radio Student is not just a question of the survival of some radio station; it is a question of preserving independent media and independent culture and the historic achievements of independent and spontaneous student action in its most positive form. Ultimately, it is a question of civilization, a question of maintaining and preserving a culture and organization free from capital and politics.

Even at the present, Radio Študent is fighting against time, and thus working for time, for the sake of times to come; it remains faithful to the old adage from 1968 – the revolutionary year that saw its creation – in the belief that these words ring more true today than ever before: ”Let’s be realistic, let’s demand the impossible!“

Established in 1969 by the Student Organisation of the University of Ljubljana, Radio Študent (RŠ) is one of Europe's oldest and strongest non-commercial, alternative radio stations. 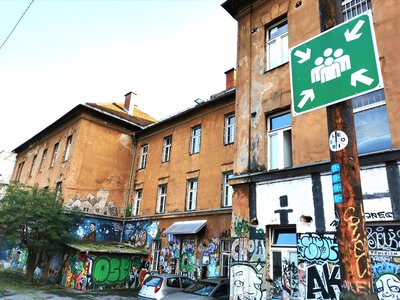 International support for non-governmental organizations at No. 6 Metelkova Street in Ljubljana, Slovenia

In the circumstances of a dramatic second wave of the epidemic in Slovenia, 18 non-government organizations were recently requested by the government (Ministry of Culture) to vacate their premises in the building at No. 6 Metelkova Street in Ljubljana, in which they have been operating since the mid-1990s. 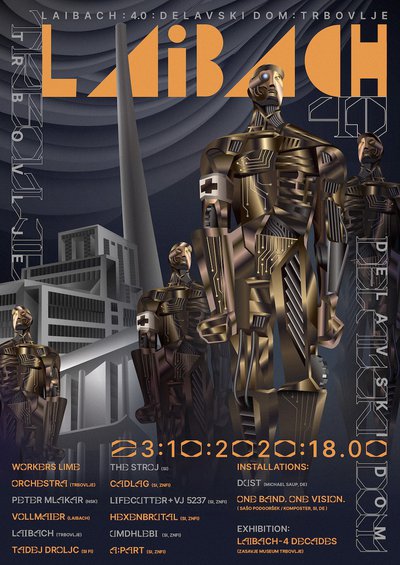 Laibach is marking 40 years of existence this year. There has already been series of anniversary events (two ongoing exhibitions and two concerts in Ljubljana), but the main event will be held on October 23rd in ‘Delavski Dom Trbovlje’ – where it actually all started 40 years ago. Unfortunately, due to the increasingly problematic viral situation and thus more stringent Covid-19 restrictions, a physical audience will not be allowed at the venue. 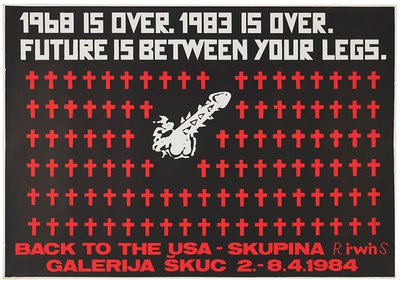 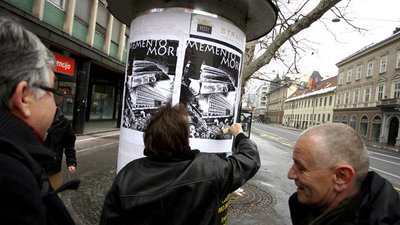 New Collectivism in the streets of Ljubljana 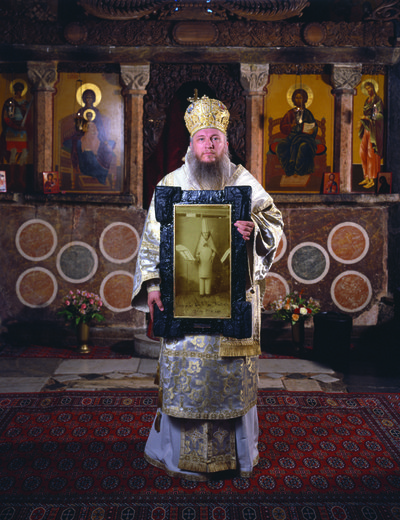 Galerija Gregor Podnar is pleased to announce Was ist Kunst Hugo Ball, an exhibition by the artist group Irwin in collaboration with Bishop Metodij Zlatanov, Metropolitan of the Christian-Orthodox Church in North Macedonia, in the Project Space of Galerija Gregor Podnar on Kolodvorska 6 in Ljubljana.