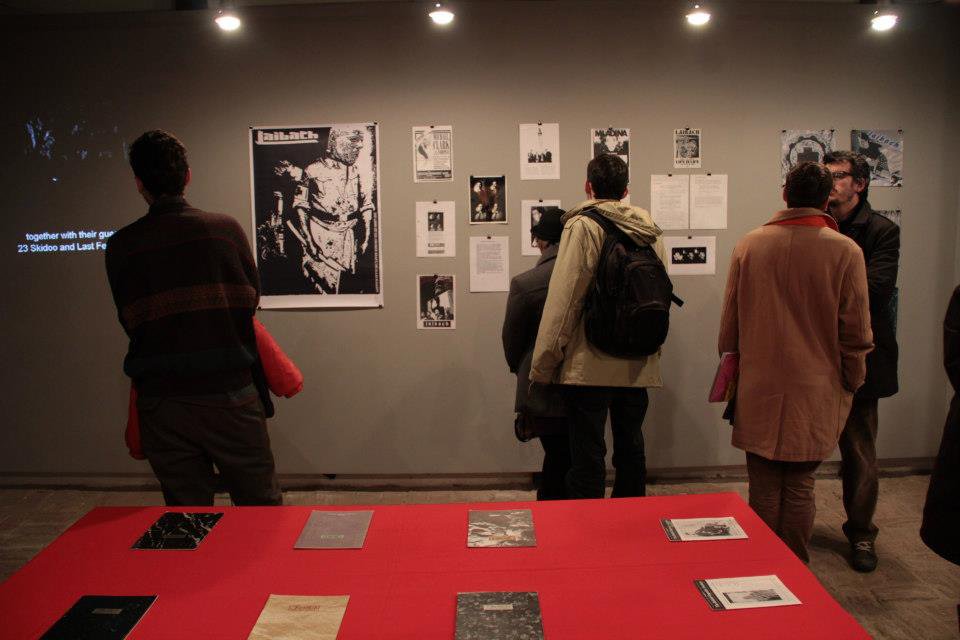 “In the 1980s, art and culture made fundamental contributions to the social and political change with which Slovenia entered the last decade of the second millennium”

Neue Slowenische Kunst played a radical and leading role in this charged time. A highly complex and multi-faced organization, its impact extended beyond the subculture of 1980s Slovenian scene to the whole of Eastern Europe. And further.

In revealing the archive of Neue Slowenische Kunst, we give to the public the opportunity to experience the vibe that the collective brought to UK, the feelings instilled in the audience and the response provoked within the cultural scene during those years. This, through the selection and display of significant items from the Neue Slowenische Kunst archives in Slovenia and the David Gothard archive in London. In fact, in 1980s, Gothard was uncovering contemporary culture in Yugoslavia and bringing it to the attention of audiences in London and UK.

And it was in London that I came across a box of material from Slovenia almost two years ago. The resurfacing of the Slovenian archive in London started with the meeting with David Gothard. Knowing that I was based in Ljubljana, he shared his memories related to Slovenia. During long conversations, we proceed in unearthing deep connections between London and Ljubljana. And, right after, Gothard revealed the presence of an archive contained in a box labeled ‘The Slovenian Box‘. We came up with the plan to organize and file his box, containing mostly Neue Slowenische Kunst items from the 80s. The research that followed put in context the content of ‘The Slovenian Box’. Slowly we uncovered, shaped and presented the stories which form the history of Neue Slowenische Kunst.

The research developed as proper fieldwork in Ljubljana, where most of Neue Slowenische Kunst archives are located. Through meeting with Laibach member Ivan Novak, I gained access to Laibach Kunst archive at MGLC International Centre of Graphic Arts. IRWIN archive was collected in AVA Academy of Visual Arts, where IRWIN’s member Miran Mohar and the Academy director Pepi Sekulich gave me the opportunity to be based and where from that moment on I have been collecting new material that enriched the archive. The search on New Collectivism, coordinated with Darko Pokorn, took place in his studio, which houses a systematized archive. I acquired further information on Scipion Nasice Sisters Theatre during intensive meetings with Dragan Zivadinov, held either in his studio or in Modern Art Gallery.

Building a net with the former members of Neue Slowenische Kunst enhanced the understanding of past events. The priority was to define and classify an archive. But curating an archive enables its transformation from what could be describes as a collection of items to a revealing body of knowledge. And so, the archive was exhibited in London, at Chelsea Space, giving the start to a series of successful events on Neue Slowenische Kunst that shaped new interest and enthusiasm around the collective and its powerful presence in the cultural and political scene of the Eighties.

Exhibiting archives helps all the actors involved – artists, archivists, curators, publics – to reconfigure meanings in the contemporary. It happened in London. And since every place and space has its own specificities, Station Center for Contemporary Art Prishtina represents a new call and challenge for the Neue Slowenische Archive. In Prishtina, particularly dear to David Gothard, the archive meets new cultural and political specificities and originates, a new, different interpretations and questions. ‘The Slovenian Box’ is brought again to life and speaks loudly. 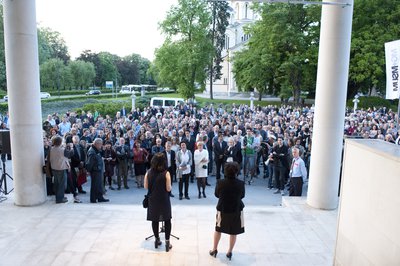 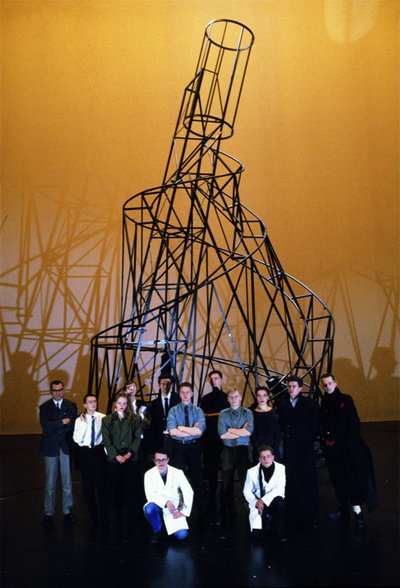 The retrospective exhibition NSK FROM KAPITAL TO CAPITAL is opening on Monday, 11 May 2015 at 8pm at the Moderna galerija in Ljubljana. The inaugural speech will be given by the Minister of Culture of the Republic of Slovenia. 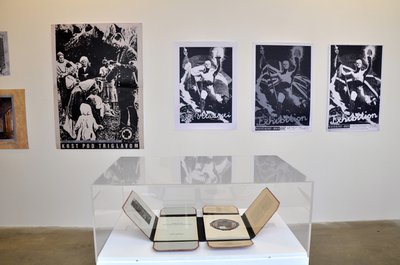