IRWIN in collaboration with Georgian Army, Was ist Kunst, Tbilisi

In Aarhus NSK-State in Time is documented in the form of video interviews, photographs, articles, artefacts and other kinds of visual material from the nearly 15 years of existence for this state. Recently Esben Hansen a visual anthropologist and film maker collaborated with Irwin on the interviews with NSK citizens. Moreover a passport office is open where at selected times during the exhibition period is possible to issue an NSK-passport.

Another important project, East Art Map, is an interactive installation and a comprehensive mapping of the forgotten history of eastern European avant-garde art from 1945 to the present day. And finally the group presents Corpse of Art, which is a reconstruction of the artist Kasimir Malevich exhibited in his coffin at the Artists’ Union in Leningrad in 1935. The work, which also includes Malevich’s painting of a black square and a vase with white lilies, calls to mind the symbols of the totalitarian regimes while at the same time it also acts as a re-enactment of a pre-existing work of art.

Curator Henrik Broch-Lips, director Thorsten Sadowsky, the Aarhus Art Building, and His Excellency Mr. Rudolf Gabrovec, Ambassador for the Republic of Slovenia in Denmark will give the speeches in connection with the opening. Two members of the art group Irwin will be present the opening. At 6:30 p.m., following the opening of the exhibition, Alexei Monroe, Ph.D., will present the lecture NSK: The State Which Ran Away With Itself.

In March 2008 the German publishing house Kehrer Verlag will publish a 160-page catalogue with contributions by Henrik Broch-Lips, Esben Hansen and Thorsten Sadowsky plus an interview with Irwin. The exhibition is sponsored by the Cultural Development Foundation, the Municipality of Aarhus, the Danish Arts Council’s Committee for International Visual Art, Merchant L.F. Foght’s Fund, The Slovenian Embassy and The Government Communication Office of the Republic of Slovenia.

For further information, press material or appointments for interviews please contact Anne Fogtmann Madsen at (+45) 86 20 60 55 or send a mail to af@aarhuskb.dk Press photographs can be downloaded from www.aarhuskunstbygning.dk. 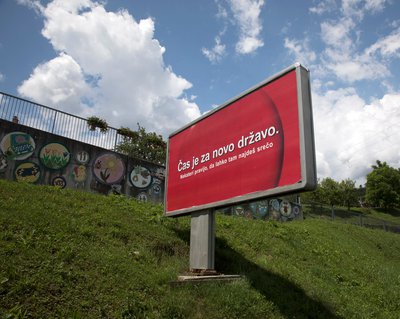 To be able to tell the story of the billboards, I have to return to Lagos, where Miran Mohar and I travelled to in July 2010. We went there because of the large number of applications for the NSK passports that we had received from Nigeria in the preceding years. 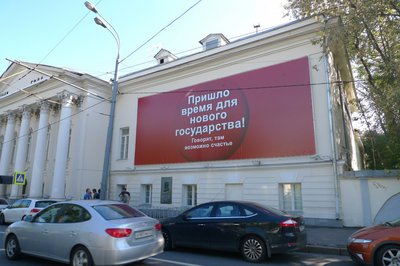 Irwin at the Museum of Modern Art in Moscow 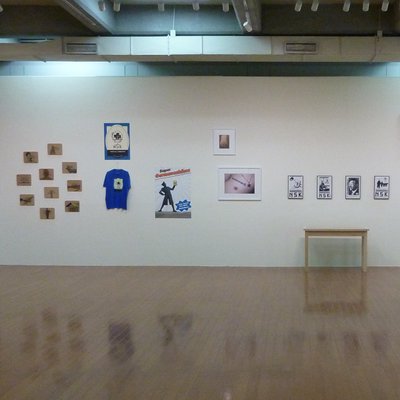