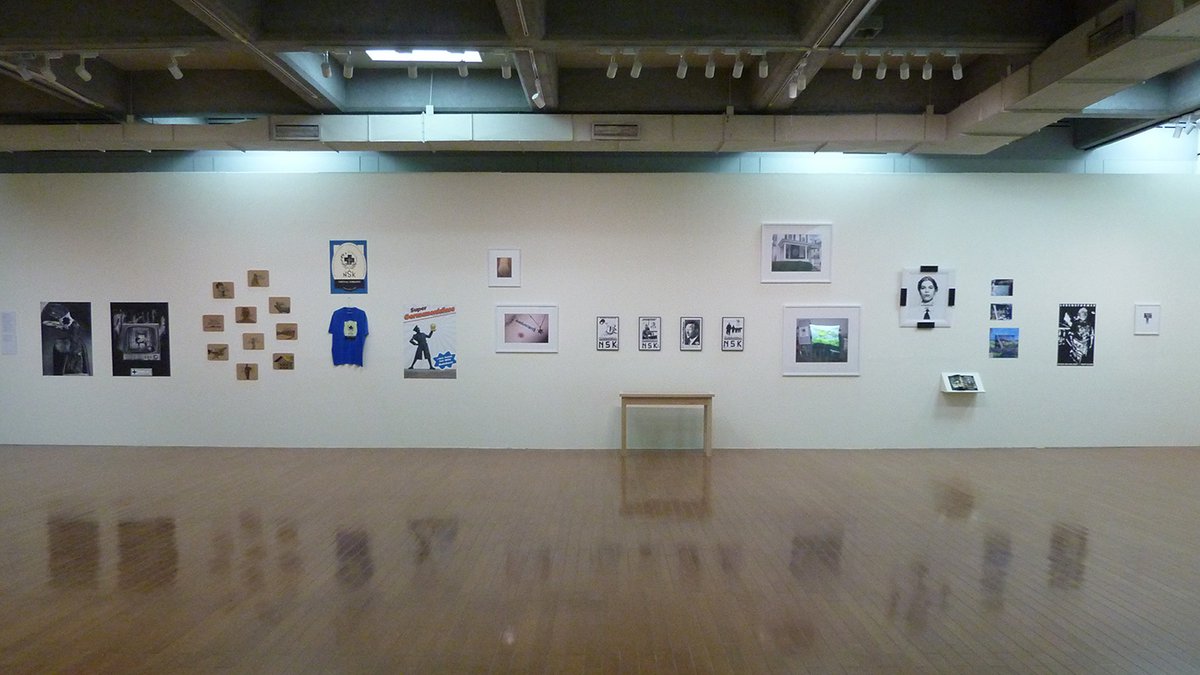 The NSK State was founded in 1992 as a result of the transformation of Neue Slowenische Kunst collective into the NSK State in Time. The Neue Slowenische Kunst collective (NSK) was formed by three founding groups – Irwin, Laibach and the Gledališče sester Scipion Nasice theatre group in 1984, still within the framework of the former Socialist Federal Republic of Yugoslavia. Collaboration, a free flow of ideas among individual members and groups, a declarative copy left, which was not limited even by the indication of authorship, as well as mutual assistance and joint planning of particular moves and actions were key for the development and operation of NSK, although all groups were autonomous in their activities. NSK State in Time was a response to the radical change of the political system in Yugoslavia and Eastern Europe and various wars for territories which took place in Yugoslavia in the beginning of the 1990s. Among other projects of the NSK State in Time there were temporary embassies and consulates, and the NSK State in Time began issuing passports in 1993. Currently there are about 14 000 NSK passport holders all around the world.

The internet was one of the key tolls for spreading the NSK State. In 1994 the NSK Electronic Embassy Tokyo website was launched which was active for quite some time and then in 2001 Haris Hararis from Athens launched NSKSTATE.COM which was maintained together with other NSK citizens and became the central meeting point for them. This was a crucial and unpredicted move and through this website citizens began to self organize. We also discovered wide range of activities and artifacts related to the NSK and NSK State at various occasions and from time to time these authors would inform us about their works. It looked as if NSK citizens and others had begun to use the conceptual space of the NSK State in Time and the iconography of it and of various NSK groups in their own ways. Our decision was not to restrict such initiatives, but on the contrary to support them. Here are some examples: On the East Coast of the USA, a film maker Christian Matzke opened an NSK Reading Room on his own initiative. The library has opening hours and a whole set of tools for theoretical readings. In Iceland, NSK citizens have organized, again on their own initiative, the NSK Guard of Iceland project and opened their own temporary NSK Embassy in Reykjavik. Charlie Krafft from Seattle designed and produced sets of porcelain plates for NSK Embassies in the mid 1990s.

In 2008 Irwin and NSKSTATE.COM began to collect so-called NSK Folk Art artifacts and decided to exhibit them. As Alexei Monroe a London based theoretician and NSK citizen stated in his text NSK: The State which Ran Away with Itself for Irwin’s upcoming book:

“Although it has only become apparent gradually, NSK’s inherent, catalytic improbability has always been active behind the scenes, determining both NSK’s actions and, crucially, people’s reactions to it. Even now that NSK is far-better known and has several thousand citizens, it continues to generate unexpected responses emerging from the collective NSK space inhabited by fans and citizens, some of which have been even more surprising to the artists themselves. What we are dealing with here is a series of uncoordinated initiatives and responses, all inspired by the aesthetics or the concepts of NSK”.

The artifacts shown in the frame of 10 Taipei Biennial were selected by Hongjohn Lin and Tirdad Zoldhar from the range of NSK Folk Art works registered by Irwin and NSKSTATE.COM, based on the Volk Art concept first outlined by Alexei Monroe.

Irwin was present at the previous Taipei Biennial with the project NSK Passport Holders. At that occasion video interviews were shown based on research into the massive surge in applications for NSK passports from Nigerian citizens in the years 2007-2008. 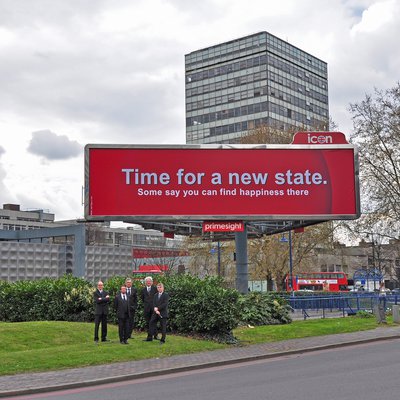 Time for a New State / NSK Folk Art in London

Calvert 22 is delighted to welcome the most influential art movement to emerge from the Balkan region in the latter half of the 20th Century – Neue Slowenische Kunst (NSK).