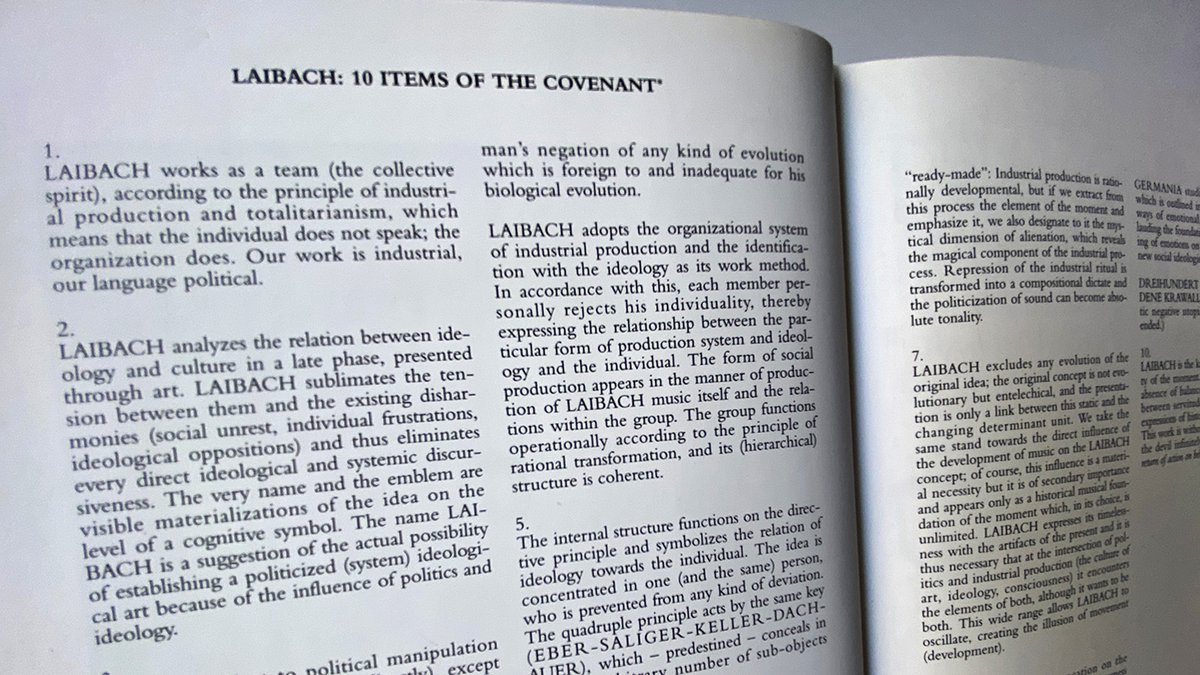 1.
LAIBACH works as a team (the collective spirit), according to the model of industrial production and totalitarianism, which means that the individual does not speak; the organization does. Our work is industrial, our language political.

2.
LAIBACH analyzes the relation between ideology and culture in a late phase, presented through art. LAIBACH sublimates the tension between them and the existing disharmonies (social unrest, individual frustrations, and ideological oppositions) and thus eliminates direct ideological and systemic discursiveness of all kinds. The name itself and the emblem are visible materializations of the idea on the level of a cognitive symbol. The name LAIBACH is a suggestion of the actual possibility of establishing a politicized ideological (system) art because of the influence of politics and ideology.

3.
All art is subject to political manipulation (indirectly – consciousness; directly), except for that which speaks the language of this same manipulation. To speak in political terms means to reveal and acknowledge the omnipresence of politics. The role of the most humane form of politics is the bridging of the gap between reality and the mobilizing spirit. Ideology takes the place of authentic forms of social consciousness. The subject in modern society assumes the role of the politicized subject by acknowledging these facts. LAIBACH reveals and expresses the linkage of politics and ideology with industrial production and the unbridgeable gaps between this link and the spirit.

4.
The triumph of anonymity and facelessness has been intensified to the absolute through a technological process. All individual differences of the authors are annulled, every trace of individuality erased. The technological process is a method of programming function. It represents development; i.e., purposeful change. To isolate a particle of this process and form it statically, means to reveal man’s negation of any kind of evolution which is foreign to and inadequate for his biological evolution.

LAIBACH adopts the organizational system of industrial production and the identification with ideology as its work method. In accordance with this, each member personally rejects his individuality, thereby expressing the relationship between the particular form of production system and ideology and the individual. The form of social production appears in the manner of production of LAIBACH music itself and the relations within the group. The group functions operationally according to the principle of rational transformation, and its (hierarchical) structure is coherent.

5.
The internal structure functions on the directive principle and symbolizes the relation of ideology towards the individual. The idea is concentrated in one (and the same) person, who is prevented from any kind of deviation. The quadruple principle acts by the same key (EBER-SALIGER-KELLER-DACHAUER), which – predestined – conceals in itself an arbitrary number of sub-objects (depending on the needs).

The flexibility and anonymity of the members prevents possible individual deviations and allows a permanent revitalization of the internal juices of life. A subject who can identify himself with the extreme position of contemporary industrial production automatically becomes a LAIBACH member (and is simultaneously condemned for his objectivism).

6.
The basis of LAIBACH’s activity lies in its concept of unity, which expresses itself in each media according to appropriate laws (art, music, film…).

The principle of work is totally constructed and the compositional process is a dictated “ready-made:” Industrial production is rationally developmental, but if we extract from this process the element of the moment and emphasize it, we also assign to it the mystical dimension of alienation, which reveals the magical component of the industrial process. Repression over the industrial ritual is transformed into a compositional dictate and the politicization of sound can become absolute sonority.

7.
LAIBACH excludes any evolution of the original idea; the original concept is not evolutionary but entelechical, and the presentation is only a link between this static and the changing determinant unit. We take the same stand towards the direct influence of the development of music on the LAIBACH concept; of course, this influence is a material necessity but it is of secondary importance and appears only as a historical musical foundation of the moment which, in its choice is unlimited. LAIBACH expresses its timelessness with the artefacts of the present and it is thus necessary that at the intersection of politics and industrial production (the culture of art, ideology, and consciousness) it encounters the elements of both, although it wants to be both. This wide range allows LAIBACH to oscillate, creating the illusion of movement (development).

8.
LAIBACH practices provocation on the revolted state of the alienated consciousness (which must necessarily find itself an enemy) and unites warriors and opponents into an expression of a static totalitarian scream.

It acts as a creative illusion of strict institutionalism, as a social theatre of popular culture, and communicates only through non-communication.

DREIHUNDERT TAUSEND VERSCHIEDENE KRAWALLE is a retrospective futuristic negative utopia (the era of peace has ended).

10.
LAIBACH is the knowledge of the universality of the moment. It is the revelation of the absence of balance between sex and work, between servitude and activity. It uses all expressions of history to mark this imbalance. This work is without limit; God has one face, the devil infinitely many. LAIBACH is the return of action on behalf of the idea.

First published in Nova revija, No. 13/14, 1983 (a Slovene magazine for cultural and political issues). 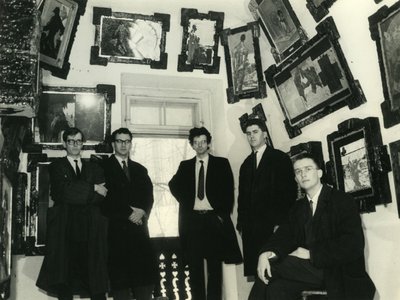 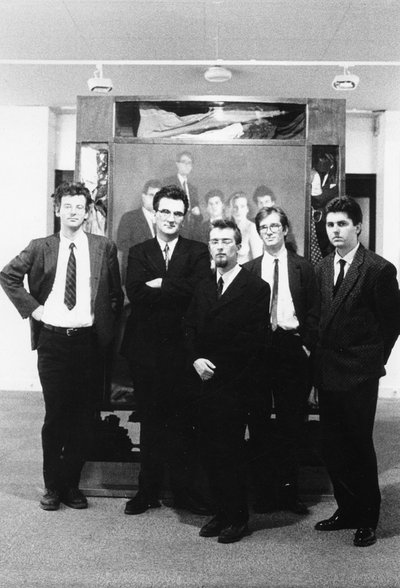 The Program of Irwin Group

The fundamental goal of Irwin is to assert Slovene fine arts by way of representation based on the spectacular.