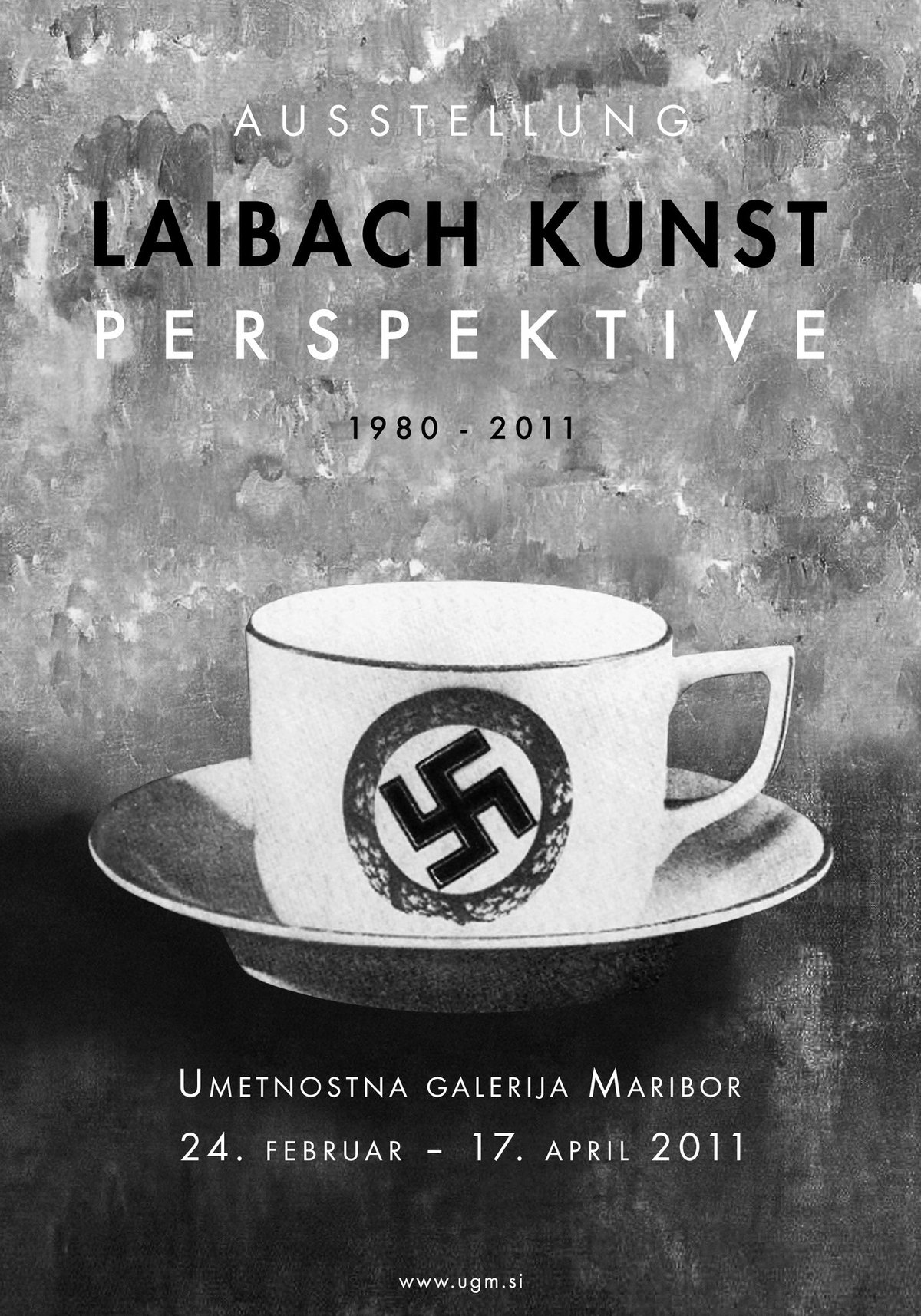 The exhibition is dedicated to the academic painter Janez Knez (1931−2011).

Since their formation in the early 1980s, Laibach have been engaged in an obsessive dialogue with the totalitarian ideologies of modernity and their relation to art. Far from being solely intelligible in the cultural context of 1980s Yugoslavia, their work still offers critical perspectives to a globalised world which continues to be affected by modernity’s conceptions of the state, the individual, mass culture, art, and politics. Exhibition at UGM opens new perspectives on Laibach by highlighting their original beginnings as an ‘arts’ collective. Although Laibach have repeatedly rejected this designation, their self-fashioning as ‘engineers of the human soul’ is telling of the degree to which all of Laibach’s performances have sought to ironize and collapse clear-cut categories such as ‘art’, ‘politics’, and ‘popular culture’. Despite their influence on established artists, theorists and wider audiences, Laibach occupy an unframed position in the national and international art scene today. Their explorations into the world of popular music have gained them international renown.

However, all of their performances have been radically self-reflexive in a way that responds to the functions ascribed to ‘political art’ in contemporary society, rather than to the consumerist and escapist nature of popular music. With their performances on diverse stages such as galleries, concert halls, opera houses, TV, internet, video, theatre, industrial power plants and shopping malls, Laibach represent a unique challenge to the categories established by Western art criticism.

The exhibition comprises twelve rooms presenting key stages of Laibach’s work from the first decade of their career in the 1980s up to the present. The works on display include multi-media installations, oil paintings, photographs, graphic works, and film. A new installation created especially for this exhibition, titled Artist Perspective, will be on view. This is the biggest Laibach Kunst exhibition in Slovenia to date.

The exhibition includes works from private collections of Neil Rector and Daniel Miller, works by Jane Štravs and Sašo Podgoršek and objects from the Maribor Regional Museum and the Institute of Anatomy of the University of Ljubljana. The exhibited works were created in collaboration with Janez Knez, Paola Korošec, Benjamin Kreže, Simon and Uroš Arnšek.