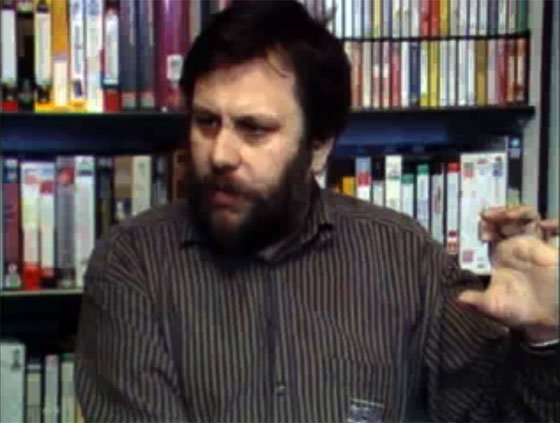 Laibach are contributing a specially edited sequence lifted off their Mute-released DVDs for the group exhibition ‘The White Sport – Myths of Race’, curated by NSK Diplomat Avi Pitchon, and Hanna Freund-Shertok, opening on May 5th in Minshar Gallery in Tel-Aviv, standing until June 19th.

This is the first time Laibach are officially and directly involved in a project taking place in Israel.

The sequence combines selected excerpts from ‘Bravo – A Film About Slovenia’, mainly parts where Slavoj Zizek is explaining Laibach’s ‘over-identification’ strategies and the way these strategies expose the ‘hidden reverse’ of a regime or ideology. This brackets a live clip of ‘Tanz Mit Laibach’.

While the above does not directly relate to issues of race, it demonstrates generally the ways and reasons Laibach deals with Nazi kunst and its aesthetics – the way, for example, the drummer girls on ‘Tanz’ emulate images in the spirit of Riefenstahl or Hitler Jugend. The aesthetics of physical perfection mobilised for a totalitarian goal.

These aesthetics and the strategy behind their presentation corresponds with the approach of the rest of this group show that features only Israeli artists, some of which are internationally active and successful, like Anat Ben-David’ Karen Russo and Sigalit Landau.

Several of the works in the exhibition relate to the way ‘holy grail’ style mystical myths were constructed to support the concept of racial purity or superiority. Other works demonstrate the presence of race in areas of contemporary popular culture like Hollywood films, advertising and supermodels as perfect modern-day ‘saviours’.

A quote from the curatorial text:

“Tracing the construction of the race myth, from the 19th Century, through The Third Reich and up to present day, acknowledges that in the foundation of something horrible one can find seducing beauty – a form of kitsch that informs of its power to influence. Behind the most terrible acts and the ugliest ideas often stand enchanting, seductive myths and symbols, their beauty magically mesmerising for ignorants and thugs, thinkers and scholars, as well as for us. This should be a trivial statement, because, if those myths weren’t beautiful and seductive, if those myths were so separate from us or alien to us, there would never have been a problem in the first place.”

In addition to ‘The White Sport’, another group exhibition is on in Tel-Aviv until mid-May, where Avi Pitchon is presenting a series of photographed icons – Laibach’s ‘Volk’ metal pin is presented alongside other band symbols, for example the anarchist punk band Crass, the street punk band Anti-Nowhere League, the pagan post-metal band Neurosis, the Krishna hardcore band Shelter, and the neo-folk/martial industrial band Von Thronstahl. This presentation is an additional meditation on the subject of how mythical, mystical, totalitarian and libertarian aesthetics are represented in underground music culture.